From when I was young — think: middle school field trip age — I’ve always loved everything about Philadelphia, and as I’ve grown older, I’ve realized that its food is like the city itself: real, hearty, grounded and unpretentious. So last weekend, when I found myself on a spontaneous road trip to the City of Brotherly Love to visit two of my dearest friends, I was excited. Excited for some good, quality time with Nate and Megan, excited to be back in Philadelphia, and excited for some new food. 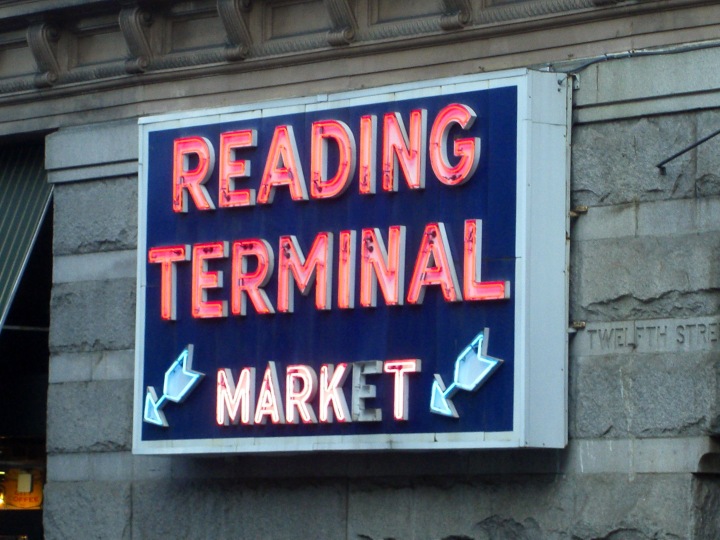 On Saturday morning, we walked from their apartment in Fairmount to the Reading Terminal Market, a historic institution that, since 1892, has been able to offer the community a blend of locally grown and exotic produce, meats, baked goods, and about a million other things. For the yinzers out there, imagine the entire Strip District in one building. That’s the Reading Terminal Market.

We started by grabbing sandwiches from DiNic’s — Nate and I opted to try the world famous roast pork and broccoli rabe, while Megan went with the Italian-style pulled pork. The pork on each of our sandwiches was amazing: perfectly tender and wonderfully seasoned. And the freshly baked bread? Don’t even get me started. The rabe, eh, I could have done without it — Nate agreed — and Meg made the best choice by throwing peppers and onions onto her ‘wich. 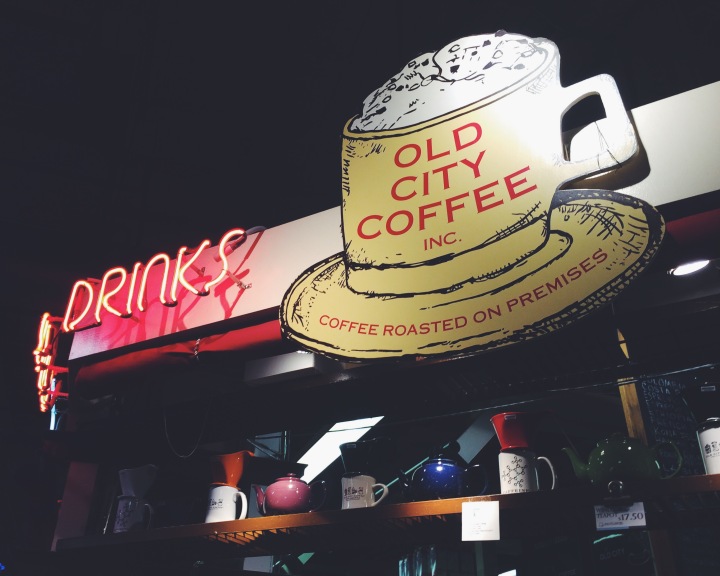 To water down the gratuitous amounts of food we ate for lunch, we headed to Old City Coffee for some freshly ground brew. And then, being the gluttons that we are, we just had to make one last pit stop at Beiler’s Doughnuts, a Pennsylvania Dutch family-owned doughnutery (I obviously made that word up) that serves myriad variations of creme-filled delicacies.

I chose a maple bacon doughnut, while Nate had the salted caramel and Meg ordered chocolate peanut butter. It was hard not to drool over the cases of fresh sweets, and even harder to choose just one.

This food-filled afternoon was then followed by a series of games of Settlers of Catan, lots of snow, lots of laughter, a little whiskey, some wine and a few beers. During this time period, we added in more food in the form of appetizers from Rembrandt’s, including loaded tater tots, French onion soup, cheesesteak spring rolls, crack mayo french fries and the best macs and cheese with truffle I’ve ever eaten in my whole entire life. No joke. 763,159,076 calories later, we walked home, tired, but happy (and full) as clams. 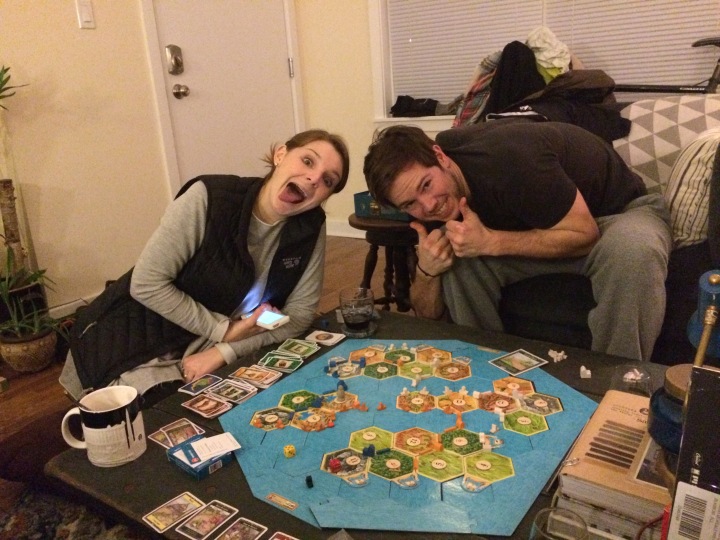 This leads me to the next morning. There is literally nothing more wonderful about the weekend than Sunday brunch. We three musketeers walked through the brisk air to Bishop’s Collar, a local Fairmount eatery whose name is derived from an old Celtic expression for a perfectly poured pint of Guinness. Well, I didn’t have a beer with my breakfast — I stuck with a mimosa — but I did order a simple wrap, stuffed with a fried egg, sliced ham, provolone and guacamole. Seriously, brunch and guacamole?! I literally cannot.

I left Philadelphia with a full and happy stomach, and an even fuller and happier heart. La da dee da dee. 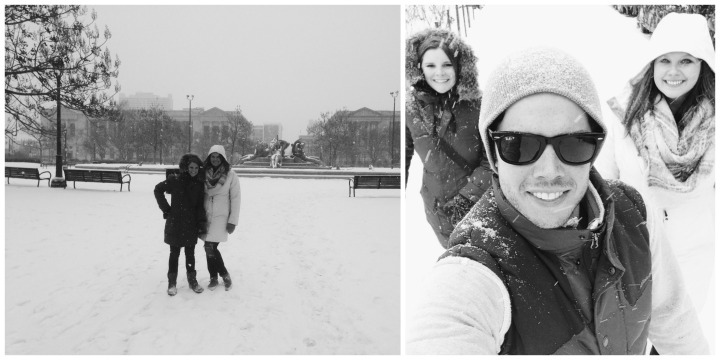 One thought on “The Pittsburgh Food Diaries: Philadelphia Edition.”