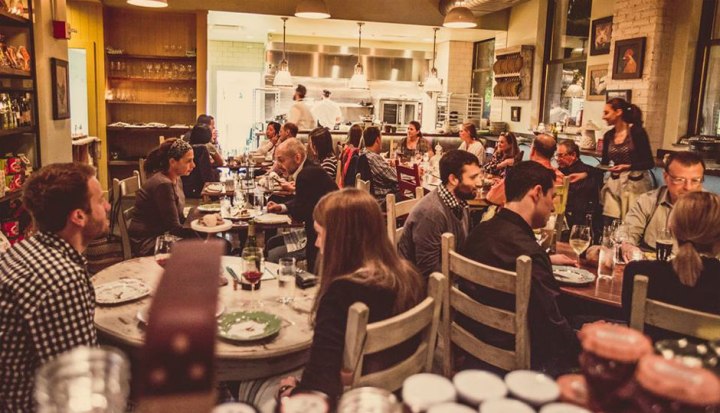 Today, I’ve lived in Philadelphia for exactly 88 days. One third of those 88 days, however, have actually been spent not in Philadelphia. I went back to my hometown for the holidays (a few of them, actually), to Georgia, to DC, to New York, all around. And there is even more travel on the horizon – more trips to Georgia, DC and New York, a little bit of Tampa and then a whole lot of Portland. And that’s just in the next two months.

So, I think it’s safe to say that Philadelphia doesn’t quite feel like home. My feet haven’t been on the ground long enough for that to be true. Besides, that feeling of “home” doesn’t just show up because I have a residence here. Home is people, home is memories.

I’ve always been a little slow when it comes to change. I get into a routine and the instant that something – anything, big or small – changes what I’ve become comfortable with, it can be jarring. That said, I’m still adjusting here. Every now and then,  something will happen – I’ll hear a song, or overhear someone crack a joke, or see a small trinket at a store – and I’ll think of the people and places I’ve called home. I’ll get this tightening feeling in my chest – you know, the one you get when you’re watching the saddest part of a heartbreaking movie – and I’ll be reminded that I’m far from home, despite the fact that geographically, I’m not very distant at all. It’s surprising how little it takes to send me barreling backwards in time to a different place, a different set of circumstances. But each time, I get a little more thankful to have been where I have, and to know who I’ve known.

Day 66 as a Philadelphia resident: I’m finally going to cross off the first restaurant on my list: Talula’s Daily. That was my whole schtick in Pittsburgh – culinary exploration – but here? Now? Not so much.

In fact, I had even broken the cardinal food rule of being a Philadelphia resident just a few days earlier. I ate (and enjoyed) a cheesesteak outside of city limits. I had been warned though: this non-Philly cheesesteak was the best. My unreasonable allegiance to Philadelphia cheesesteaks was unwavering – I had already decided I’d get my usual (cheese – not whiz, onions) and it wouldn’t compare to Jim’s before I even tasted it. Fortunately, my pride isn’t so great that I’m unable to admit when I’m wrong… because I was. This cheesesteak from a small, Cheers-like joint (where everybody knows your name) lived up to the hype. It’s also worth mentioning that I didn’t even take my first bite while it was fresh. I finished my beer (Coors Light, cash only) and rode back to the house, all while this cheesesteak rested inside a styrofoam container on my lap (with holes, though, so it wouldn’t get too soggy). And it was still probably the best cheesesteak I’ve ever had.

So, fast forward a few days and I’m ready for Talula’s: the first entry into the Philadelphia Food Diaries. (Because, let’s be honest, anything I could have written about up until this point were the cheesesteaks I’d tried from various places around town, and they just didn’t live up to the hype anymore.) The premise of the dining experience at Talula’s Daily is unique, creative and intimate. There is a pre-set dinner menu of several courses, served at a slow and intentional pace across the span of several hours (and across several bottles of wine). Each course is cooked in the open-style cottage kitchen, situated directly next to the long, wooden farm table in the dining room, and served family-style in the middle of the table. You take what you want, and share the dishes with everyone else around the table. The cups and serveware are slightly mismatched, and it feels like home. In fact, every thing about this meal reminded me of home in some far-removed way. 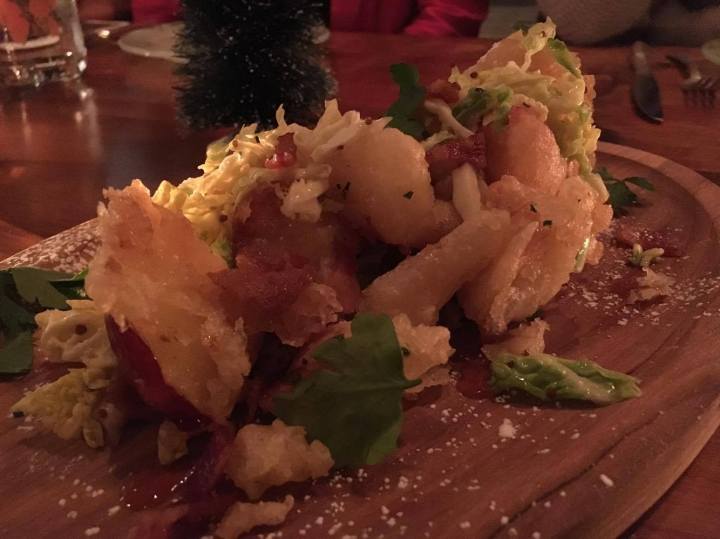 The first course was an apple beignet, served with bacon jam and quick pickled cabbage. A seemingly odd trio of flavors, I proceeded with caution. It wasn’t necessary. The sweet fried dough that encompassed the warm and tender apples was balanced by the saltiness of the jam and mouth-puckering acidity of the pickles. These reminded me of my friend Cheryl. The last time I ate a beignet was with her at Cafe du Monde in New Orleans.

We then moved on to Meyer Lemon Scallops, served with Belgian endives, candied citrus butter and chunks of grapefruit. Another unexpected combination done incredibly well. This reminded me of my Grammy who first introduced me to the sour, biting taste of grapefruit. 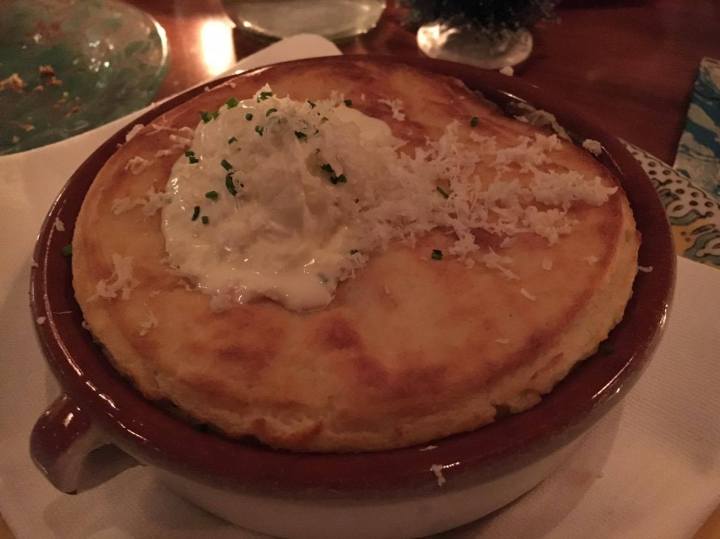 Then came the meat of the meal. No pun intended. The juicy short rib genuinely melted in my mouth, and was served on a plate with glazed seasonal vegetables and horseradish whipped potatoes. This reminded me of my mom. When I was younger, I remember she would often make a variation of this meal. Let’s be honest, whose mom didn’t? Meat, vegetables, potatoes. A childhood classic in my book. The whipped potatoes, while scalding hot, were glorious. The perfect amount of butter, the perfect amount of horseradish.

Dessert was perfect – a chocolate tasting. A trio of white, milk and dark chocolates in a festive presentation. This reminded me not of a person, but of a place: a chain coffee shop in Southside Works where I would frequently visit before/after/during work for years. I became such a regular that I was on a first name basis with the baristas, knowing when to expect each of them to be working on different days. Each year around Christmas time, they would give me a tiny cup of the newest holiday beverage they had concocted to taste – tiny cups just like the one I had at Talula’s.

I left dinner that night feeling full – literally and figuratively. I couldn’t put another granule of food into my mouth or drink another sip, but I also felt oddly comforted. I realized that I could be seated at a table of (mostly) strangers, in a city that doesn’t quite feel like home, and still feel close to the people I love.